Fayette Democratic Women are taking charge with a very active and laser focused Political Action Committee. They are recruiting candidates and coordinating candidate training. As we have gained Democratic candidates at every level of office, they are offering valuable research so you can be more informed with your vote in the upcoming primary on June 9th. Click here for the May 4th Report. 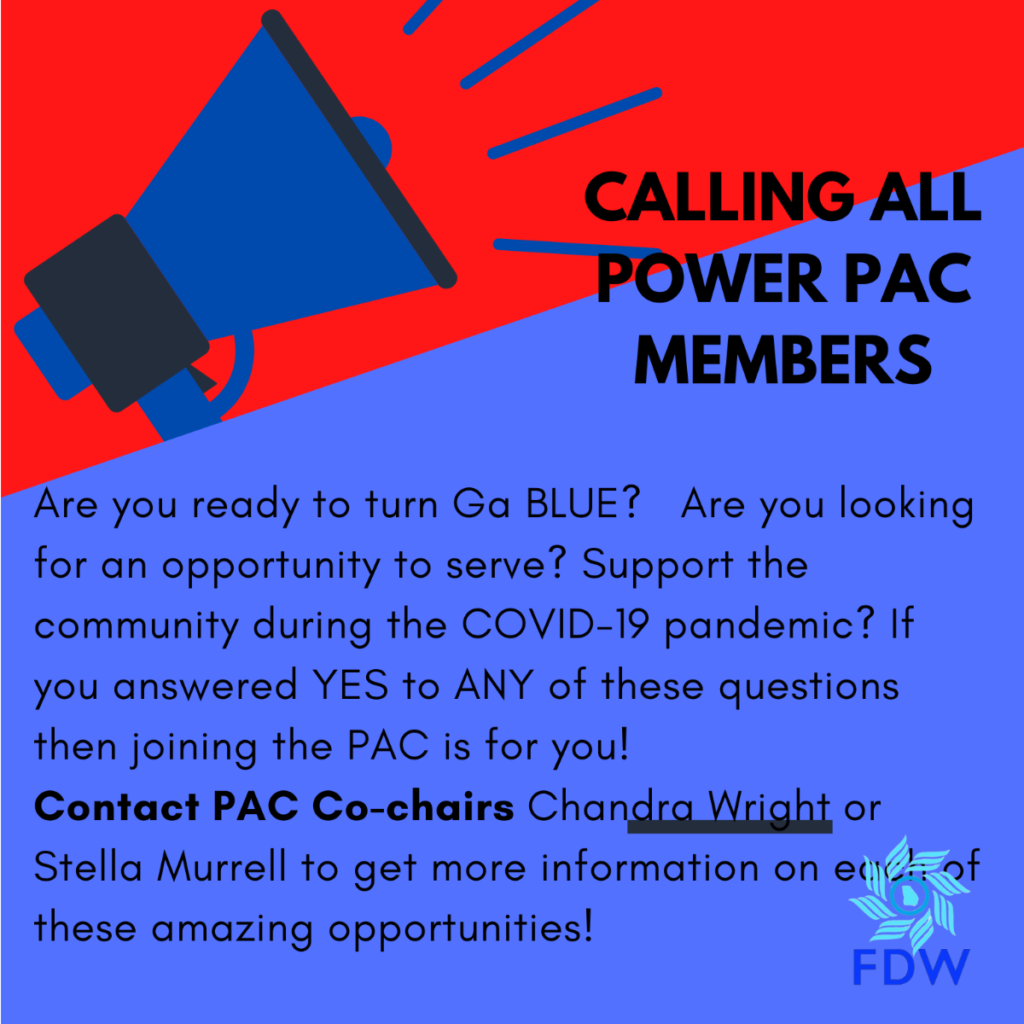 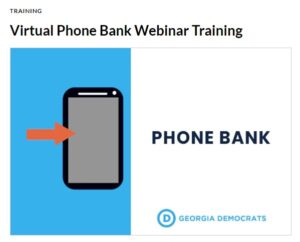 Want to Help Get Dems elected in November 2020? Worried about the risk of knocking on doors or meeting for a phone bank in the era of Covid-19. Georgia Democrats are rolling out Virtual Phone Banking. Sign up for training every Thursday and Friday. 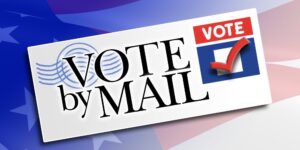 Everything you need to know about voting by mail – checking your registration, requesting a ballot, sending in that ballot and confirming it is counted can be found here: CLICK Details & How to Video

June 9th is your opportunity to decide who will be on the ballot in November to defeat Republicans. The US Senate battle to replace Sen David Purdue is critical our efforts to FLIP the US Senate. We need to pick a candidate that can be victorious in November.

Please take the time to watch/listen to the two events FCDC & FDW have co-sponsored to help you Be Informed:

Candidate Debate > Each Candidate was questioned on their record and positions. CLICK HERE

Additionally, there are many other races that you may make the deciding vote on who gets on the ticket in November. The Atlanta Press Club Loudermilk-Young Debate Series, in partnership with GPB, hosted a series of primary election debates for U.S. Senate, Congressional Districts 6, 7, 8, 13, 14 and Public Service Commission District 4. They include both Republican and Democratic candidates on the June 9th ballot. You can watch them here: CLICK for Video Replay.

Voting is an important right in our society. By voting, you are making your voice heard and registering your opinion on how you think the government should operate.

Application for Official Absentee / Advance Ballot: Mail, fax, email, (as an attachment), or present the form in person to the Fayette County Board of Elections and Voter Registration Office:

Fayette County Board of Commissioners

Fayette County Board of Education

Ballotpedia is the digital encyclopedia of American politics and elections. Our goal is to inform people about politics by providing accurate and objective information about politics at all levels of government. We are firmly committed to neutrality in our content. READ MORE…

Let’s start with a bit about ourselves and why we are here. GeorgiaPol.com strives to be “the” media hub for news, analysis, opinion, and discussion of politics and policy in the state of Georgia. READ MORE…..

What you need to know about the fight for reproductive rights in Georgia. READ MORE…

We ignite change by getting pro-choice Democratic women elected to office. READ MORE…

NARAL Pro-Choice Georgia is the grassroots pro-choice advocacy organization in Georgia fighting for reproductive freedom for all. READ MORE…