FDW Sip And Say – “How to Have Better Political Conversations”

FDW’s Political Action Committee (PAC) hosted its first “Sip and Say: A Speakeasy for Women” on Friday, March 23, 2018. The evening featured wine and hors d’oeuvres, dimmed lighting, soft jazz and chocolate. Twenty women watched a 12-minute TED Talk entitled, “How to Have Better Political Conversations” by Robb Willer. With zero prompting, a candid and lively discussion began as soon as the video ended. All agreed that the real keys to any conversation are: empathy and

respect, both highlighted by Willer.  The idea to practice having a rational discussion about local issues and issues that impact women with Republican women was hailed as an objective that those in attendance would like to support. A Round Table for Women, to be held later this year, is an event that PAC will plan.  Evaluations, completed by attendees, supported holding future Sip and Says, sooner

rather than later. The greatest joy for all, was the attendance of three under twenty-five new Democrats who were surprised to learn that they were NOT the only Democrats in Fayette County! 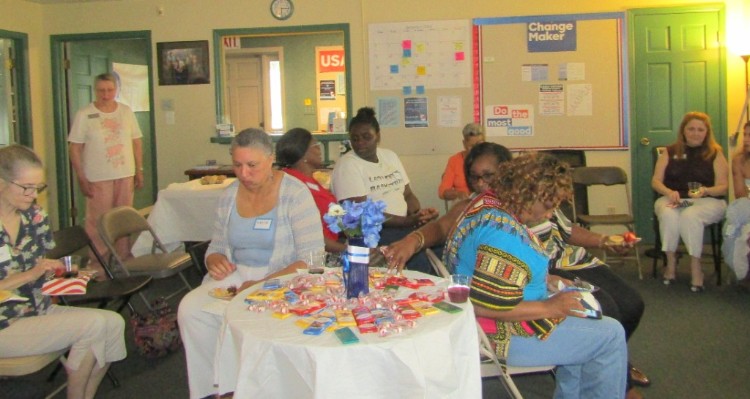