– 2018 “Blue Wave”: The wave was apparent up & down the Midterm ballot in Fayette County.  The county experienced a 61.4% increase in the Democratic votes cast in 2018 (24,796 or 43.2%) as compared to 2014 (15,360 or 36%).  This resulted in Fayette County, a traditional Republican stronghold, turning “Purple” for the first time in its history! This success is due, in large part, to the FDW ‘s aggressive support of “Ladies Night”, a Get Out the Vote (GOTV) weekly event dedicated to making telephone calls & handwriting post cards to Fayette County voters.  Additionally, as part of our strong support of GOTV, several FDW members went as a group to vote on the first day of early voting. 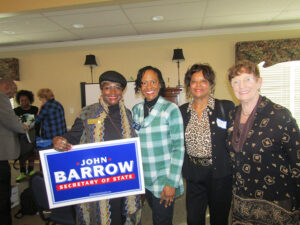 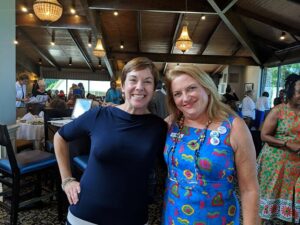 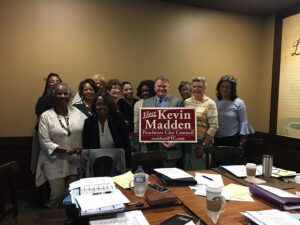