In tribute to Women’s History Month, the FDW’s March 22, 2019 Sip and Say began with a toast to Prime Minister Jacinda Ardern for her role in taking swift and decisive leadership, in less than one week of 50 Muslim worshippers losing their lives, around automatic and assault weapons in New Zealand. Her actions prove to be a stark contrast to how other world leaders, and ours in particular, have acted when it comes to gun violence. Women get it done!

Our guest speaker, Former Senator Gail Buckner had to say about HB 481, the “heartbeat bill” and the Equal Rights Amendment. There were many takeaways from her message last week, but the ones that struck me most were:

We also WANT these same legislators to vote to pass ERA making GA the 38th State to ratify this amendment so we will have a lot of work to do. Please look at this video that explains the history of ERA and what is really at stake. Email me after you look at it and tell me what you think we should do. 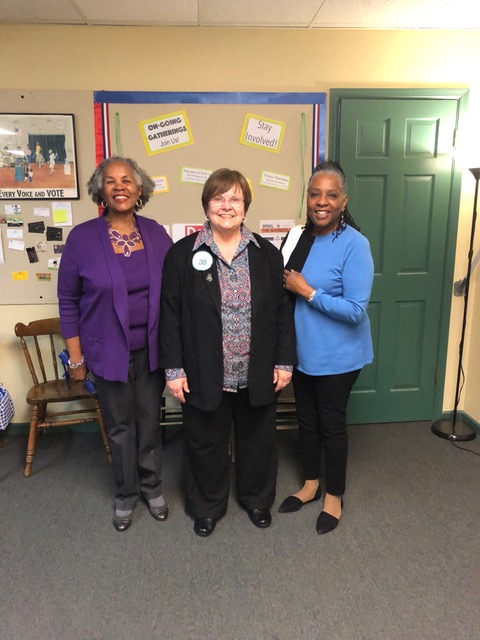