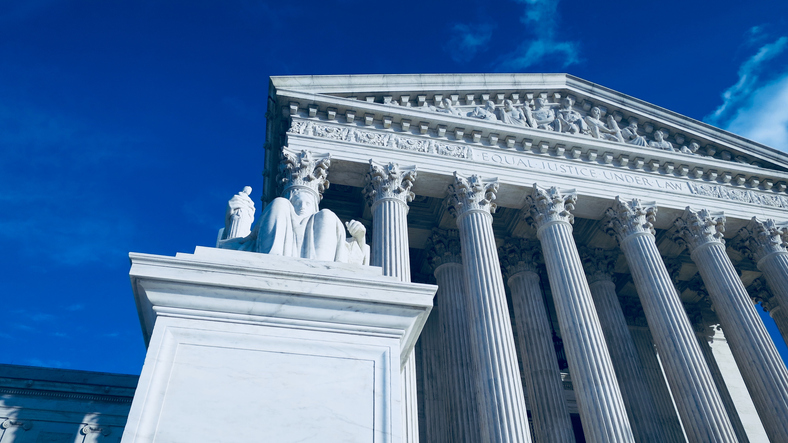 Critical Supreme Court Decisions put on hold as the nation braces against the COVID-19 Pandemic.

Here is a break down on some of the decisions we’re watching for in the weeks after SCOTUS resumes and what’s at stake:

The Supreme Court heard oral arguments in the CFPB case, and it was scary stuff. The legal issue at the center of the case is whether the agency’s structure is constitutional or not — the Trump administration is arguing that the CFPB is unconstitutional because the director can’t be fired by Trump without cause. They’re arguing that the CFPB violates the separation of powers and that the director of the agency has too much power. This is a pretty wild legal theory, but as we know, Trump has been very successful in stacking the Supreme Court with conservatives who are friendly to Trump’s wild legal theories.

That means that the CFPB, an incredibly popular regulatory agency that was established by Sen. Elizabeth Warren in the wake of the 2008 financial crisis, is at risk. This case is significant because it would put ALL of the CFPB’s work over the last decade at risk. It also has broad implications for the constitutionality of other independent agencies that are structured in the same way (like the Federal Reserve…yikes!).

The Supreme Court also heard arguments last week in the Louisiana abortion ban case. At the center of this case is a Louisiana law that requires abortion doctors to have admitting privileges at a hospital nearby the clinic — a requirement that serves no legitimate medical purpose, and only creates insurmountable barriers for clinics to provide reproductive health care.

These requirements are completely unnecessary because abortions almost never require patients to be admitted to hospitals. Four years ago, the Supreme Court struck down a Texas law that was nearly identical to the Louisiana one — the only difference was the ideological makeup of the court. In the 2016 case, then-Justice Anthony Kennedy joined the liberal side of the bench to uphold abortion access.

Beginning March 31, the Supreme Court was supposed to hear oral arguments for three cases involving Trump’s taxes and financial documents. Trump’s lawyers are challenging orders by lower courts to turn over his financial records to committees in the House of Representatives, as well as to local prosecutors in Manhattan.

Trump has repeatedly refused to turn over his tax returns, denying the American people the opportunity to know who he does business with and who he owes money to, including whether or not he is in debt to foreign governments. The eventual ruling will have major implications on the authority of congressional investigators and law enforcement to investigate corruption in the executive branch.

All of these Supreme Court cases — the CFPB, abortion rights, and Trump’s tax returns — will have a significant and generational impact on the way that our democracy functions.

(Summaries provided by Indivisible and edited for person, tone, and timeliness by Fayette Democratic Women Marketing and Communications).