What Do We Look for in a Leader? by Karen Rands

What Do We Look for in a Leader? 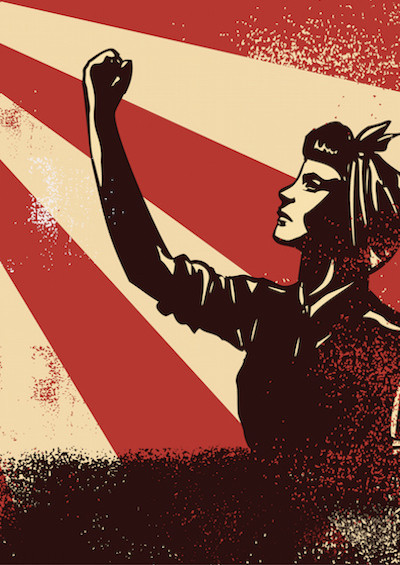 There are all types of leaders that combine to embody what we generally hold as the societal norm of a ‘good leader’. The characteristics are traits we admire and value in leadership that not only has positional authority, but also the personal power to lead where we want to follow.

If you consider the ‘leader’ of Rudyard Kipling’s epic poem “IF” as someone who demonstrates fearlessness, bravery, humility, confidence, patience, virtue, honor, and conviction…

If you can force your heart and nerve and sinew To serve your turn long after they are gone…. (https://poets.org/poem/if)

then you will agree these 5 categories of characteristics in a desired leader encapsulate the hunger we now have for true leadership in our state and our country.

There is the Fearless Leader that usually establishes his or herself as such by showing great courage in a moment of trial & tribulation. Often the fearless leader is associated with acts of bravery in the midst of civil or military conflict.

There is the Servant Leader. One who leads by ensuring he/she helps not harms those that follow their lead. Often said, the servant leader will put the needs of others first, and in doing so gains their trust and loyalty.

There is the Moral Leader who lives life based on a strong moral code. At the highest level, at his/her core is the conviction that all humans were/are created equal. With a moral code such as this, the idea of human dignity calls for mutual respect, action to help out those in need and give a hand up to those who are suffering. It is a moral imperative.

The Team Leader is more than someone coordinating the efforts of ‘Together Everyone Achieves More’. The team leader is one with humility to see both the strengths and weaknesses of the stakeholders and effectively convey internally to the team, and externally to those dependent on the team, the benefit of a diversity of minds and experience.

Some mix of these qualities are found in just about every Business, Faith, Civic, and Political leader we admire and respect as a leader.

You can listen to Karen’s podcast on business leadership transformation here: https://www.karenrands.co/the-human-side-of-leadership-when-preparing-to-scale-your-company/

When we find our leader has failed or is failing in a big way, it is easy to consider these leadership characteristics and identify where the failed leader is lacking. You may find that a leader has replaced Servant Leadership with Authoritarian Leadership, replacing Trust with Fear that cannot be sustained without dire outcomes. Failure in leadership doesn’t just impact that leader, it has great consequence to that organization, cause, or purpose, which inevitably reverberates through the world it seeks to influence.

We find ourselves in such a period of crisis. The lack of leadership with those elected to lead our country and our state is having dire consequences in our communities. Not only do we have suffering, we have the ultimate measure of failure: premature death and dying. In the case of our President, we find him lacking in many of the leadership traits described here. We are called to invoke our Leadership Personhood.

Be fearless as you Speak Truth to Power. Stand up against the lies and hate that so many of our elected leaders feed upon. Be a servant to others, even if it is only a call to check on their well-being or offering a hand up to help out. Be a moral leader that will no longer let the inequalities and the injustices that have festered in our society continue. Be a part of the team as we embrace the diversity of the Big Blue Tent of the Democratic Party and reach out to others to have them join our team. Because “Together Everyone will Achieve More” and we can Build Back Better.

We have less than 100 days to take back our state and our country. If you have a vision for a better future, which we must have if only for the HOPE we need to sustain our mental and emotional well being during this challenging time, then you know what must be done. We must all be on the team that will write, call, and text all registered Democrats and Independents, and even the reluctant former Republicans, to make sure they get out to vote on November 3 and make sure that the Blue Wave we started in 2018 continues to bring new worthy leadership to the White House, Capital Hill, and our own Georgia Dome.