The testimony of the 4 capital policemen who were brutally attacked by the Trump Terrorists was heartbreaking and infuriating all at once.

This is what REAL #LawandOrder looks like.
#Truth will not remain hidden amongst the lies.
# January 6th 591 (so far) charged, 17 pleaded guilty and working with Federal Government, in this historic act of domestic terrorist attempt to overthrow the American Government and destroy our democracy.
Five people died either shortly before, during, or after the event: one was shot by Capitol Police, one officer died of a drug overdose, and three succumbed to natural causes. More than 140 people were injured. In total, more than 150 officers were injured in the attack: 86 Capitol Police officers reported injuries, the sources said, along with 65 members of the Metropolitan Police Department according to Chief Robert Contee’s testimony. https://en.wikipedia.org/wiki/2021_United_States_Capitol_attack
#TerroristsNotTourists

We, like committee chairman Adam Schiff, have faith and hope that America can and will use January 6th as the catalyst to stop taking our fragile democracy for granted, rather work to make it stronger. With strength in our democracy, comes the freedom and equality that we long for. #VoteBlue2022 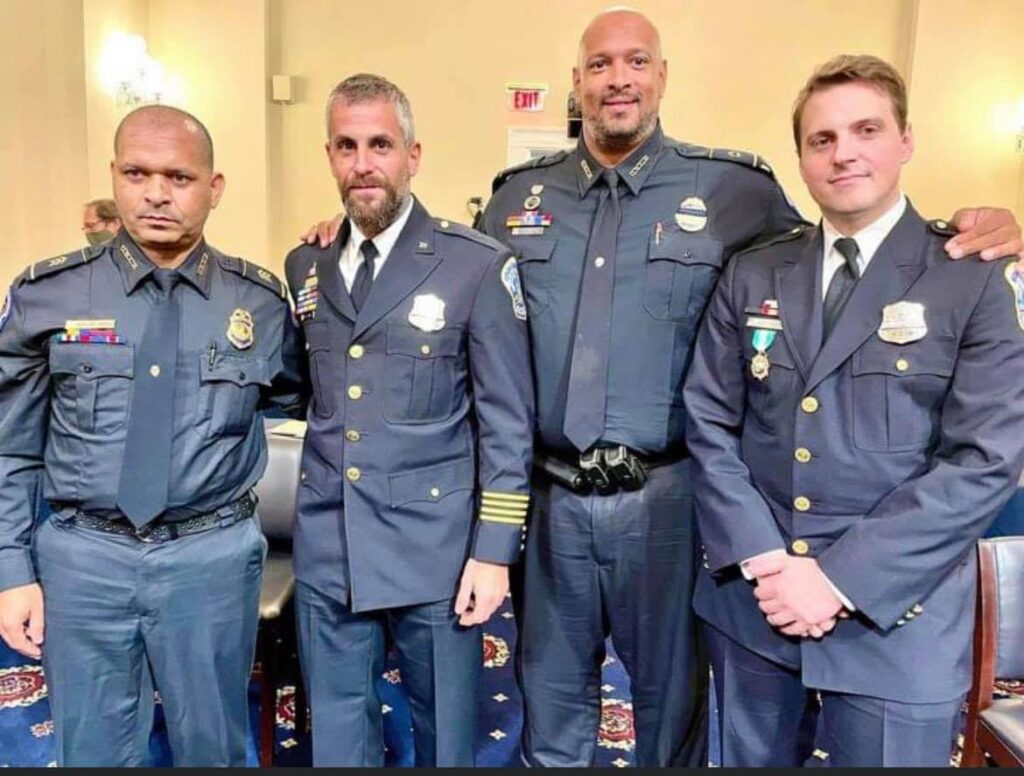